Its basis was laid by the British psychologist and scientist Stafford Beer (1926-2002). There is a lot of information on the internet about his ground-breaking work in cybernetics, the science of control systems. Even so, I would like to give you a brief summary below, and why it is a beacon for me in my organisation coaching.

The VSM provides a very broad framework for looking at the internal and external balance of an organisation, clarifies what subsystems [j1] have shortcomings, or where the relationships between the subsystems can be improved. It also helps to zoom into the smallest details of every activity the organisation does, because the VSM is a recursive model. This means that it applies to the individual, a team, an organisation, a society and any other ecosystem.

This systems approach is very much in keeping with the worldview of other systems thinkers such as Gregory Bateson and Fritjof Kapra, and also with Ken Wilber’s holon theory, or even the holacracy model that is used in self-managing organisations. It seems very simple and easy to understand, but the reality can be stubborn. Exploring systems and subsystems and their interrelationships in the context of a company does not automatically provide a solution bring the systems into balance.

The VSM regards an organisation as a whole system that must be in balance with its environment. Monitoring this balance is the essence of it. It can be compared with the viewpoint of for example acupuncture, where illness is seen as an imbalance of the organism. Restore the balance and the illness disappears...

Stafford Beer studied organisations that were light-years ahead in their evolution by looking at the way the human brain organises the functioning of muscles and organs. In such an evolved system, there are five subsystems that have maximum autonomy, that each have their own role, communicate closely with each other, and collectively contribute to the same greater goal in a dynamic balance.

SYSTEM 1: all the muscles and organs. The parts that actually do something. The basic activities of the system.

SYSTEM 3: the base brain. This oversees the entire complex of muscles and organs and provides optimisation and synergyof the internal environment.

SYSTEM 4: the midbrain. This forms the connection with the outside world through the senses. This provides adaptability, future planning and innovation.

SYSTEM 5: the higher brain functions. Consciousnessand identity. Formulating policy and direction. This is where the ultimate authority of the system resides, or ‘The will of the people’.

By its nature, the task of the metasystem is to give direction and to serve System 1. In a healthy system, this ensures flawless cooperation and also provides cohesion. However, this simple natural fact is by no means always found in traditional organisations that are organised on the basis of a power hierarchy. There, we often find just the opposite! Living systems do not have a hierarchical power model. Communication between the parts is never one-way traffic, but is conducted through closed information loops.

Organisations that are able to organise themselves according to natural principles are healthy in every component and every component is able to contribute to the greater system that it belongs to (environment) and can adapt quickly to change. To achieve this, it is of course essential to create the right conditions within which all the operational units can perform their tasks optimally. Every component needs the following things:

> resources to do what needs to be done

>maximum autonomy; clarity about the limits and the decision authority

But to guarantee that operational units do not only work for themselves, which could threaten the interests of the greater system they belong to, they also have to:

> be able to report on their contribution to the greater whole

> accept that their autonomy can be limited temporarily when the viability of the larger system is threatened. 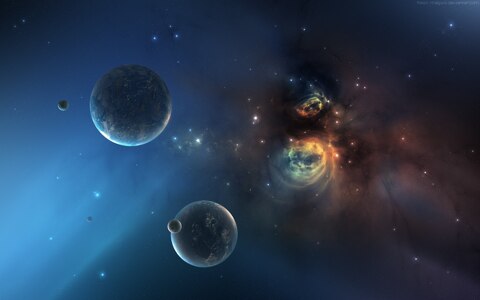 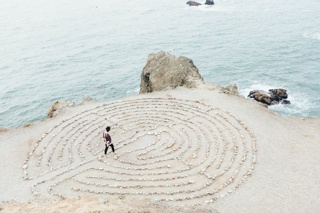 My view on organisational coaching

Like a person, every organisation has its ups and downs, its daily concerns and fundamental life questions ...